Another training database of catabolic pathways for more than 550 organic compounds and expert knowledge was used to determine the principal transformations and to train the system to simulate aerobic catabolism of training chemicals.  The documented pathways of microbial catabolism were collected from scientific papers, monographs and databases accessible over the Internet.

The development of the model consists of: (i) generation of metabolic maps for the training set chemicals using the microbial metabolism simulator; (ii) estimation of probabilities of occurrence of the simulator transformations.  Non-linear least square fitting was used to parameterize the model:

where RSS is the residual sum of squares, BODObs and BODCalc are observed and predicted BOD data of training chemicals and P is a vector of estimated probabilities of transformations.  Further details on the mathematical formalism of the model can be reviewed in [3, 4].

The model is fitted to predict percentage of theoretical biological oxygen demand on 28th day (BOD, %).  Its mathematical formalism allows also prediction of half-lives and quantities of metabolites on 28th day.

The stepwise approach [5] was used to define the applicability domain of the model.  It consists of the following sub-domain levels:

A chemical is considered In Domain if its log KOW and MW are within the specified ranges, its ACFs are presented in the training chemicals and if the simulator contains transformations for its full mineralization.  The information implemented in the applicability domain is extracted from the correctly predicted training chemicals used to build the model and in this respect, the applicability domain determines practically the interpolation space of the model.

The goodness of fit evaluated by the squared coefficient of correlation and adjusted Pearson's contingency coefficient is R2 = 0.72 and C* =0.79, respectively.  The model correctly classified 87% of experimentally ready and 93% of not ready degradable training chemicals.

The model provides results for: 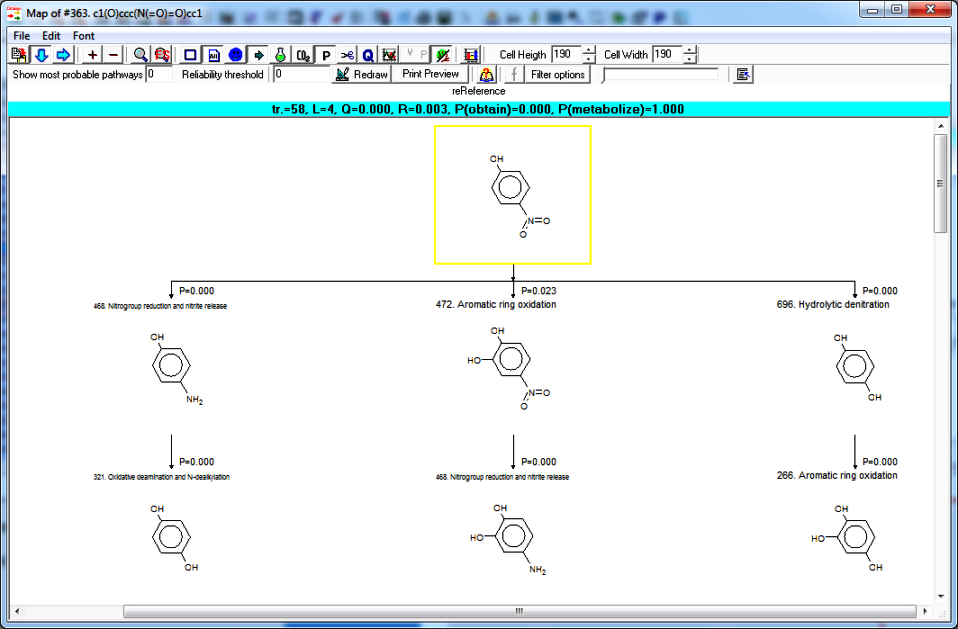 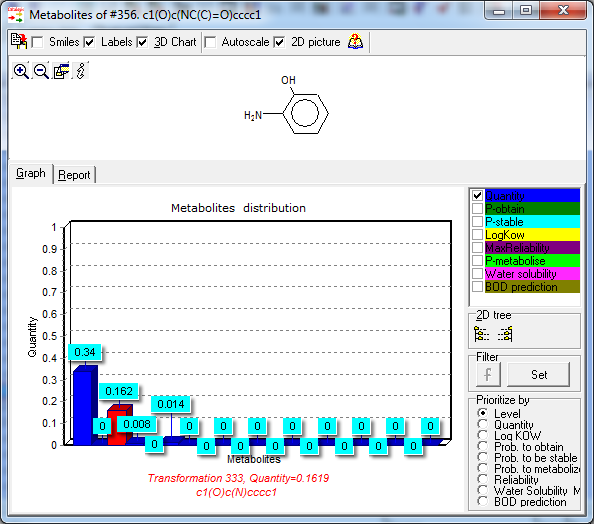