The training set contains documented biodegradation pathways in soil for more than 300 chemicals, compiled into a searchable electronic database.  The database contains 2302 metabolites for 318 chemicals.  Microbial and metabolite information was collected from various sources, including articles and public web sites such as the database of European Food Safety Authorities [1].

The stepwise approach [5] was used to define the applicability domain of the model.  It consists of the following sub-domain levels:

A chemical is considered In Domain if its log KOW and MW are within the specified ranges and its ACFs are presented in the training chemicals.  The information implemented in the applicability domain is extracted from the correctly predicted training chemicals used to build the model and in this respect the applicability domain determines practically the interpolation space of the model.

The similarity between generated and documented metabolic pathways was estimated by:

The model provides results for: 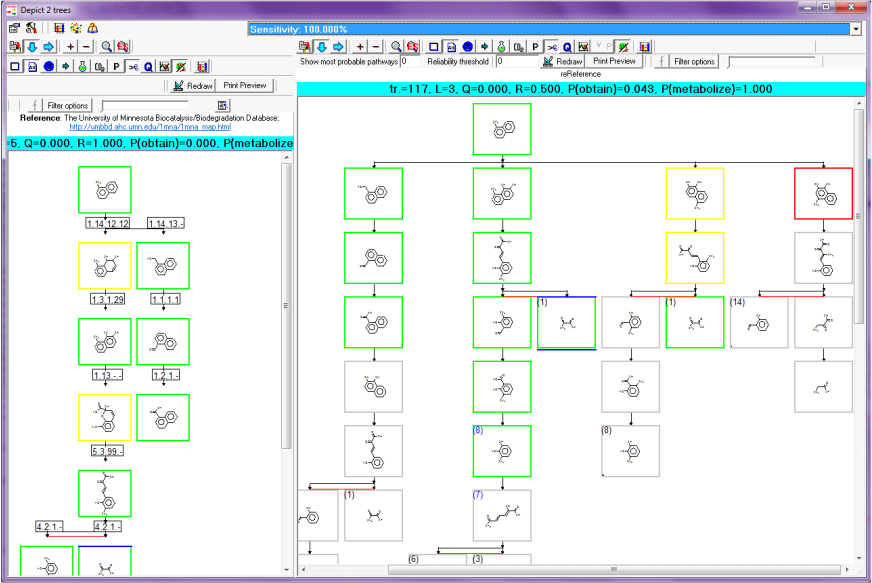