The acute oral toxicity model predicts the median lethal dose of a substance that causes toxic effect to 50% (LD50) of the test rodent (rat or mouse)within a designated period.

The tested chemicals belong to the following categories:

The following types of toxicity were defined:

The acute oral toxicity model is based on the category approach. Chemicals are grouped in deferent classes according to their toxicological mode of action and interaction mechanism, such as affecting Na/K ATPase pump (dioxins), inhibiting vitamin K epoxide recycling (coumarins and chromenes), inhibiting the cytochrome P450 lanosterol 14 α-demethylase (imidazoles), etc.  Specific models were derived for different classes of chemicals.  Models for chemicals with basal toxicity or excess invariable toxicity do not include explanatory variables.  Few examples of these models are presented below:

Linear regression models were derived for chemicals with bioavailability dependent toxicity.  Few examples of these models are presented below:

where WS and KOW are water solubility and 1-octanol/water partition coefficient, respectively.

The stepwise approach [3] was used to define the applicability domain of the model.  It consists of the following sub-domain levels:

The precision of the regression models is characterized by the following estimates - the 95% confidence intervals of model parameters, coefficient of determination (R2), mean squared error (estimate of error variance, s2), F value.  The overall statistics is as follows:

It should be mentioned that the quality of models is different for different classes of toxicants.  For example, the mean square error for basal toxicants is s2 = 0.16 (practically coincides with the reported in literature experimental error), while, for example, for imidazols the error is quite smaller (s2 = 0.002). 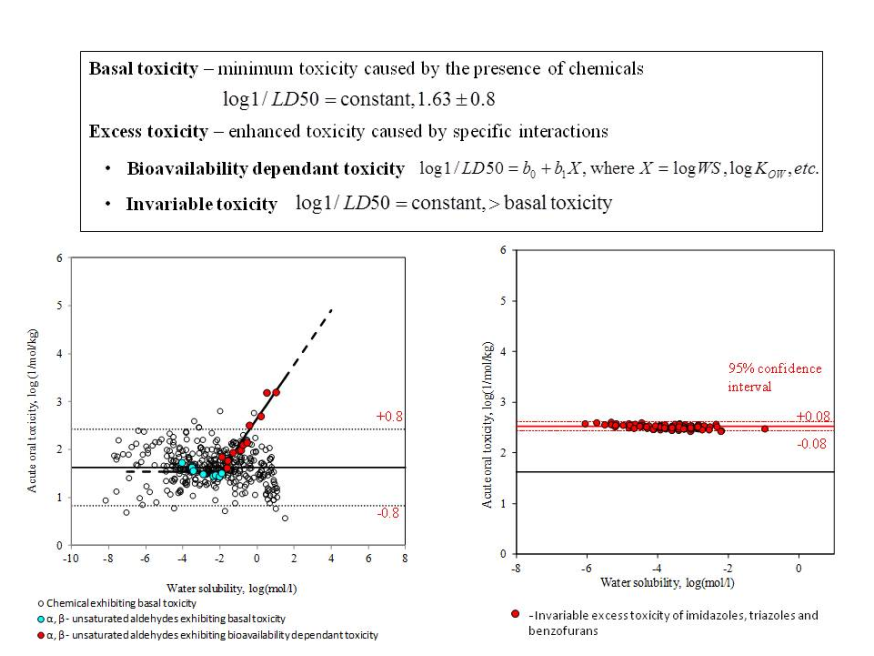 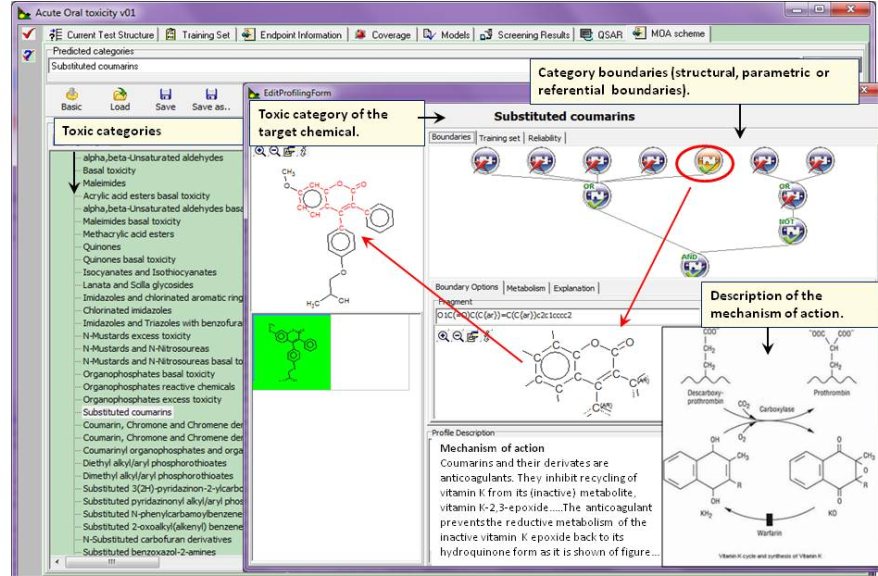