Direct binding of chemicals to DNA is one of the underlying mechanisms that is responsible for CA mutagenicity [3]. Disturbance of protein synthesis due to inhibition of topoisomerases and interaction of chemicals with nuclear proteins associated with DNA (e.g., histone proteins) are identified as additional mechanisms also leading to positive CA effect. Based on that, the toxicodynamic component of the CA models, i.e. alerts (functionalities responsible for eliciting CA) are derived to account for interactions with DNA and/or proteins. Alerts are developed by chemicals which are positive as parents (one should be reminded that chemicals which are positive only after metabolic activation are negative as parents). Alerts associated with the CA models consist of boundaries, which provide the minimum structural requirements for interacting with DNA and/or proteins. Usually, additional structural and parametric boundaries are required for completing definition of alerts.

A subset of the training set is associated with each alert. In fact, these are chemicals used to define alerts boundaries. Cardinality of these local training sets depends on the number of substances captured by the alert boundaries. Only those alerts are included in the model for which a clear interpretation of the molecular interaction mechanism could be provided. Currently, the total number of alerting groups included in the TIMES CA models is 124, where 91 of them are associated with DNA binding and 33 are associated with protein binding [4].

The training set of the CA model (-S9) comprises chemicals which are positive (438) and negative (639) as parents. In this respect, the model predicts DNA and/or protein damaging effect of parent chemicals, only. Positive predictions are obtained when the complete set of structural/parametric boundaries of the alert(s) are met in the parent chemicals.

According to the performance of TIMES_CA model (-S9) when applied on the training set chemicals, correct predictions are provided for:

The training set of the CA model (+S9) comprises substances which are positive (99) and negative (298) after metabolic activation. Since both CA models (-S9 and +S9) share the same alerts, the CA model (+S9) predicts DNA and/or protein damaging effect of parent chemicals and their metabolic products, obtained after S9 metabolic activation. The toxicokinetic component of the model consists of a metabolic simulator which is trained to reproduce documented maps for mammalian liver metabolism of 261 chemicals. The number of generated metabolites is manageable which allows combining in a single modeling platform metabolic simulation of chemicals and their interaction with target macromolecules. The S9 metabolic simulator has its own training set which includes 542 metabolic reactions:

According to the performance of TIMES_CA model (+S9) when applied on the training set chemicals, correct predictions are provided for:

Each of the TIMES CA models (-S9 and +S9) has its own model applicability domain, which supports the CA predictions [6]. The applicability domains consist of three sub-domain layers: general parametric requirements, structural features and alert(s) reliability. Two chemical subsets are used for deriving the model domains. The first subset includes the training set chemicals which are correctly predicted by the models, whereas the second subset comprises training set chemicals which are incorrectly predicted by the models.
The correct chemical subset is used for defining the general parametric requirements. Extracted are specific ranges of the molecular weight (MW) and the 1-octanol/water partition coefficient (log KOW):

The predictions of in vitro Chromosomal aberrations models could be reported as:

• QSAR Prediction Reporting Format (QPRF) is available, generating a report for one chemical or group of chemicals. 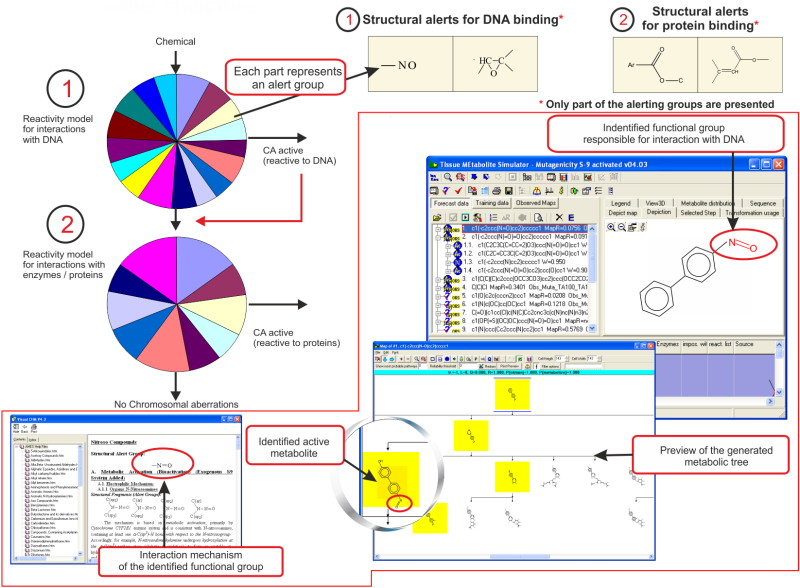 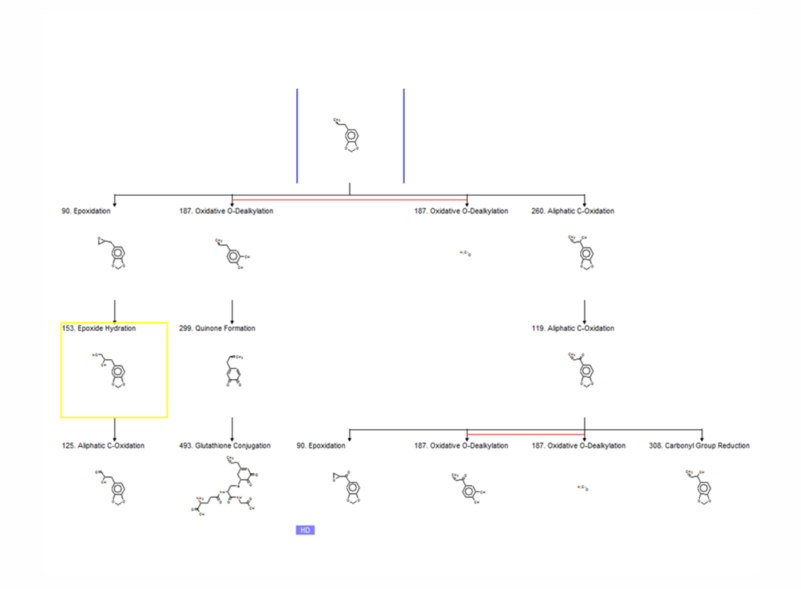 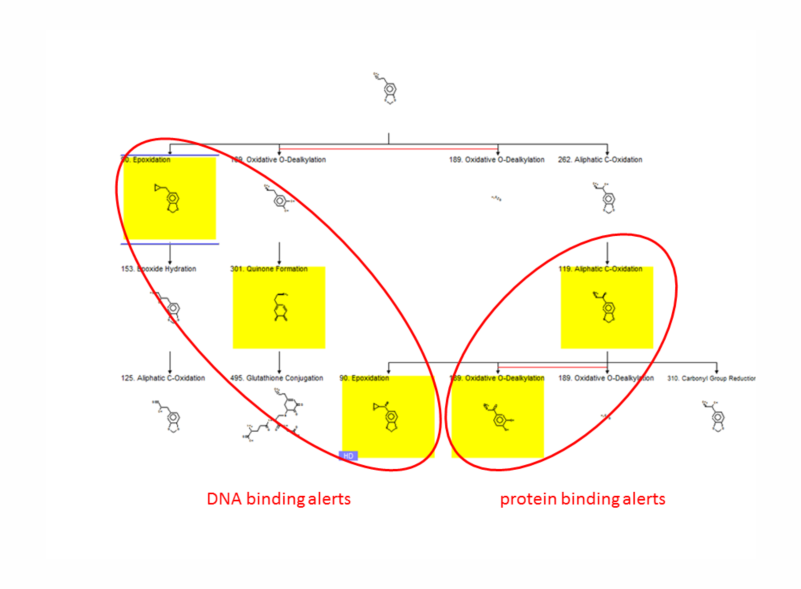 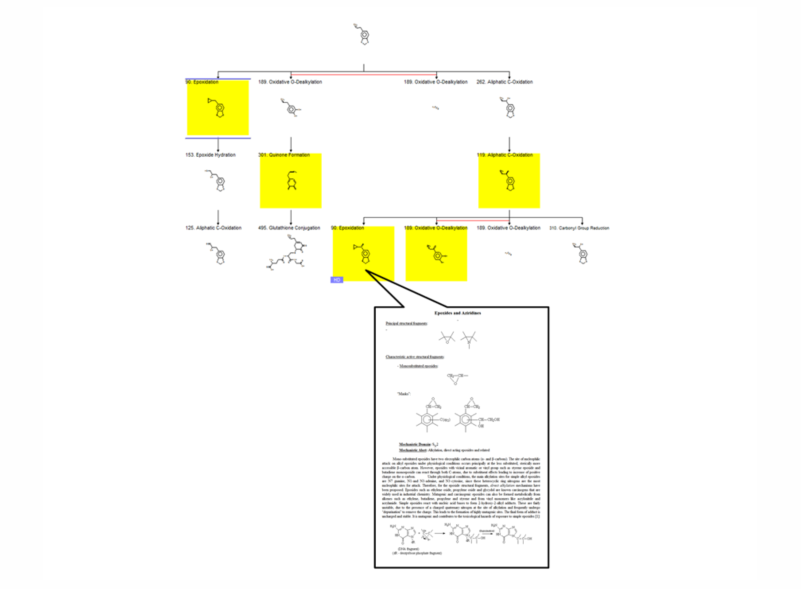 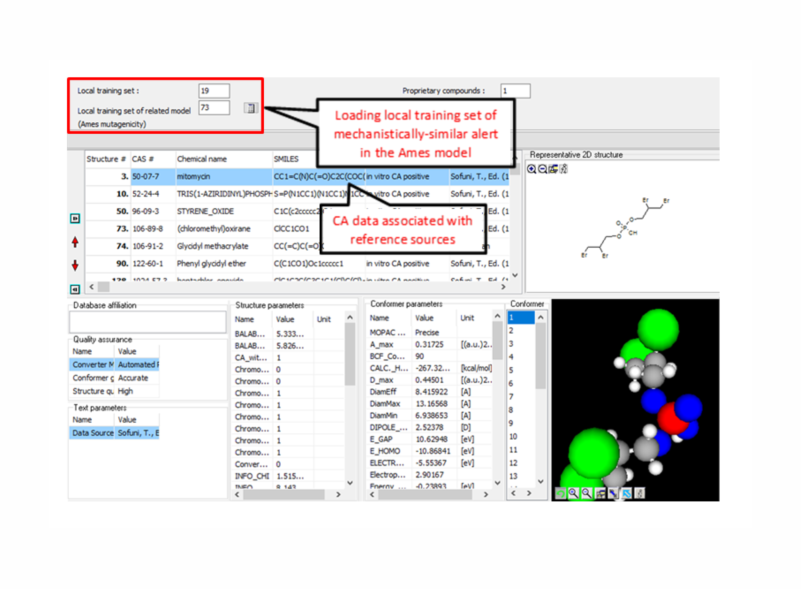 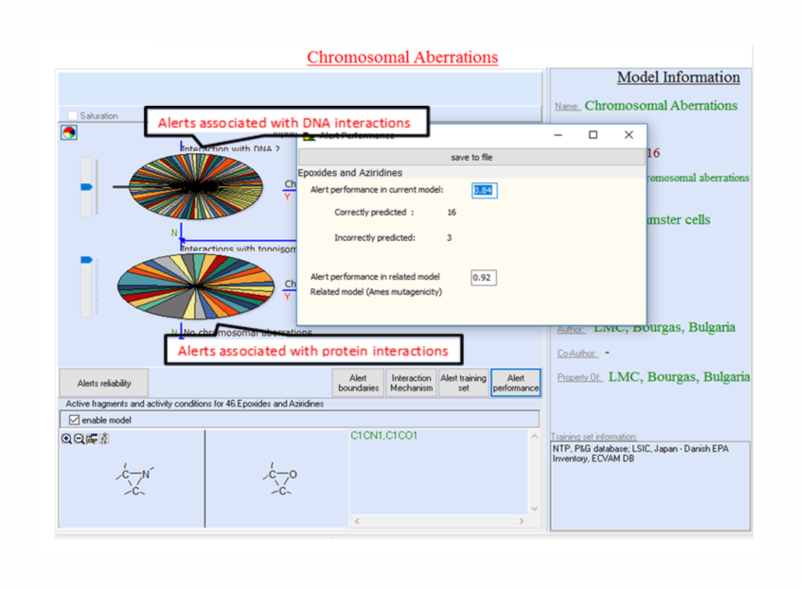