In vivo liver genotoxicity model identifies chemicals that cause DNA and/or protein damage in liver of rats or mice.

If availability of parent chemicals or their metabolites in the target tissue is not rate limiting, then hence no differences would be expected between the in vitro and in vivo results, i.e., the toxicodynamic model for in vitro should also be valid in vivo [3]. In this respect, in vitro reactivity taking into account interactions of chemicals with DNA and/or proteins should be suitable as part of the in vivo model for liver genotoxicity. Only those toxicophores having clear interpretation for the molecular mechanism causing the ultimate effect were included in the model. Some of the specified alerts interact directly with DNA or nuclear proteins, whereas others are applied in a combination of two-dimensional QSAR models assessing the degree of activation of the alerts from the rest of the molecules. In the in vivo liver genotoxicity model in vitro reactivity component is combined with in vivo metabolism simulator. The simulator was developed comprising a set of structurally generalized molecular transformations. A database of 220 in vivo metabolic pathways of chemicals was compiled and formed the training set used to derive the rat in vivo metabolic simulator. In vivo, enzymes are aggregated in multienzyme complexes and the cells could be protected from reactive metabolites via shuttling intermediates between consecutive enzymes. Thus, the product of one enzymatic reaction may become a substrate of the subsequent enzymatic reaction. In this so-called channeling effect, some in vitro positive metabolites could be "trapped" and thus unavailable to react with macromolecules in liver. In vitro positive chemicals which are not involved in "trapping" detoxification pathways are considered capable of causing DNA and/or protein damage and hence in vivo liver genotoxic effects. In vitro negative chemicals are also expected to be in vivo negative in liver. In vitro negative but in vivo liver positive genotoxicity results are observed for a very small number of chemicals only.

The stepwise approach [4] was used to define the applicability domain of the model. It consists of the following sub-domain levels:

A chemical is considered In Domain if its log KOW and MW are within the specified ranges and if its ACFs are presented in the training chemicals. The information implemented in the applicability domain is extracted from the correctly predicted training chemicals used to build the model and in this respect the applicability domain determines practically the interpolation space of the model.

For 251 chemicals, the in vivo liver genotoxicity model was able to predict correctly 84% of the liver positive and 80% of the liver negative training set chemicals. 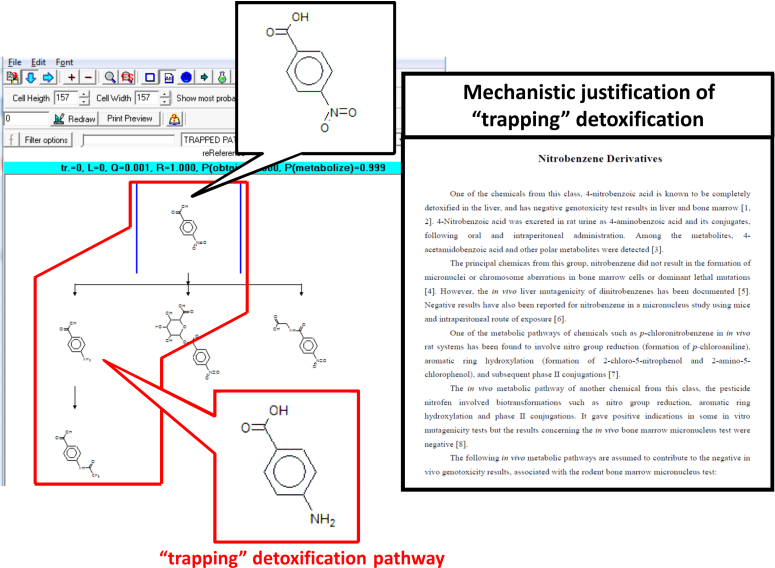